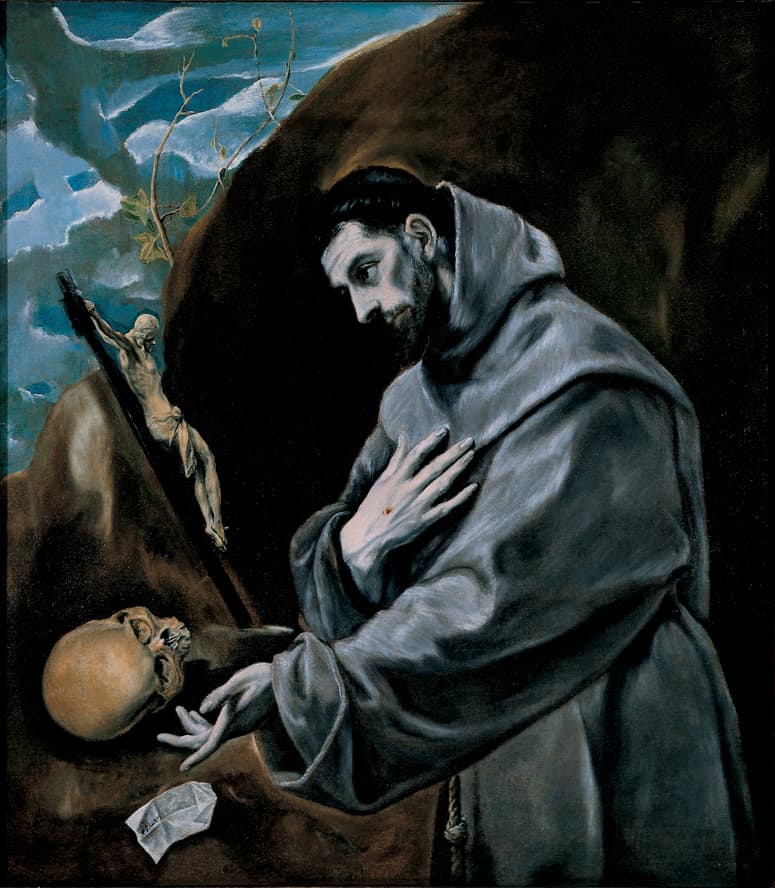 The courtyard of the Lateran Cathedral is unassuming, little more than an expanse of grass and brick stretching fifty yards in each direction. To the west is the baroque facade to the Cathedral, to the north is the apse of the Great Hall of the original Lateran Palace, built before the age of Constantine and which held five general councils during the Middle Ages. Like all medieval piazzas and squares, the courtyard became a general market by day and a public forum by night; from the middle of the first millennium until about 1000, the citizens of Rome would attend the funeral of the recently deceased pope and immediately elect his succession by popular acclamation. It was here in 1210 that a Roman ambulating through the day’s vegetable, fish, and meat offerings might happen upon a barefooted man dressed in sackcloth preaching a sermon to pigs. END_OF_DOCUMENT_TOKEN_TO_BE_REPLACED

St. Francis, urged by zeal for the faith of Christ and by a wish to suffer martyrdom, took with him twelve of his most holy brothers, and went one day beyond the sea with the intention of going straight to the Sultan of Babylon. They arrived in a province belonging to the Saracens, where all the passes were guarded by men so cruel, that none of the Christians who went that way could escape being put to death. Now it pleased God that St. Francis and his companions should not meet with the same fate; but they were taken prisoners, and, having been bound and ill-treated, were led before the Sultan. St. Francis stood before him, and inspired by the Holy Spirit he preached most divinely the faith of Christ; and to prove the truth of what he said, professed himself ready to enter into the fire. Now the Sultan began to feel a great devotion towards him, both because of the constancy of his faith, and because he despised the things of this world (for he had refused to accept any of the presents which he had offered to him), and also of his ardent wish to suffer martyrdom. From that moment he listened to him willingly, and begged him to come back often, giving both him and his companions leave to preach wherever they pleased; he likewise gave them a sign of his protection, which would preserve them from all molestation. END_OF_DOCUMENT_TOKEN_TO_BE_REPLACED

St. Francis of Assisi, Founder of the Friars Minor

St. Francis, the great founder of the order which bears his name, a man endowed with heavenly wisdom and especial gifts, and who, on account of his fervent love to the Almighty, is called the Seraphic, was born at Assisium in Umbria, and in a stable to which, by the advice of an unknown beggar, his mother had been carried to be relieved of the pains she suffered. His father was a wealthy merchant, and he destined Francis to follow the same occupation. Although the child was bright and cheerful, he never associated with evil companions, in order to keep his innocence unspotted. To the poor he was ever extremely compassionate, having made the resolution to dismiss none without alms. One day, when he was overwhelmed with business, a beggar asked for some money to buy bread. Francis, in his hurry, refused it, but no sooner had the man gone, than he remembered his resolution, and running after the beggar, gave him a rich alms and vowed never again to refuse any one who asked him: and this vow he faithfully kept.  END_OF_DOCUMENT_TOKEN_TO_BE_REPLACED